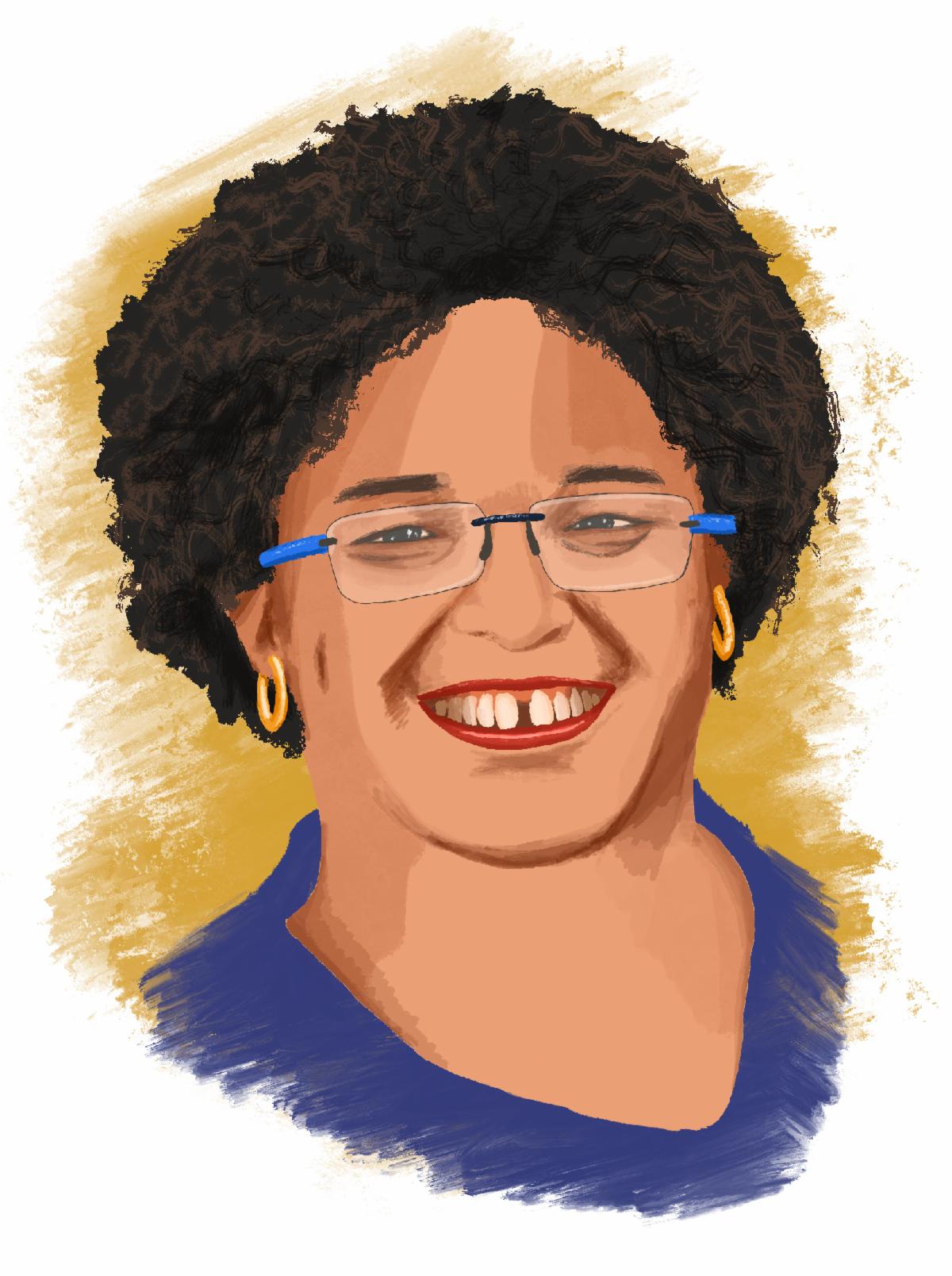 “No-one is too small to lead,” says Graça Machel.

Delivering the 20th annual speech under the theme, “Social Bonding and Decolonization in the Context of the Climate Crisis: Perspectives from the Global South”, Prime Minister Mottley, the leader of the popular tourism-dependent Eastern Caribbean nation, said injustice and discriminatory treatment in financial systems continue to limit political independence and decolonization, and called for reform of the international financial system and its vestiges of colonialism that discriminate against the poorer countries of the Global South.

Dame Graça, a former freedom fighter and cabinet minister in her homeland Mozambique, urged the prime minister to be a bold leader of the Global South and to leverage her courage, her deep sense of justice, and her ability to make complex issues comprehensible to ordinary citizens.

The former First Lady of Mozambique, and later South Africa, said there was a global leadership crisis and it was symbolic that “an African child and woman” from a small country had risen to lead the global community on critical issues. “We have a leader. She is our own, but she’s global. So we want to thank you because you remind us of our own strengths,” she said, crediting the Bajan leader for reigniting a sense of urgency and responsibility among South Africans to build their own future.

A powerful advocate for women and children, Dame Graça urged Mottley to take the leadership of the Global South because it was time for a “second generation of liberation” and a female leader who can combine heart and mind to articulate difficult issues. Invoking the spirit of Nelson Mandela, she concluded “it sounds impossible,” while the audience responded, “until it’s done.”

Given the polycrises facing the world – from climate change to health care and education – Prime Minister Mottley called on governments, multinational corporations and philanthropists to gather around a global compact “to ensure that there is a blended approach to the provision of a safe global commons for all of our people on this Earth to function and to live in harmony.”

Calling for a global climate trust to help reduce the impact of greenhouse gases, she stated: “We are not asking purely that the money come to us for mitigation. We are saying do it, do it wherever, but what must happen is that you must do it.”

Mottley lamented that the international community was consumed with the geopolitics of today’s world, but cautioned that the climate was not waiting on anyone to minimize its impact on people and their ways of life.

Leveling her aim at multilateral development banks and the World Bank, Mottley contended they need to exercise greater risk appetite and deal with the current crises as the poorer countries cannot do it alone. “The notion that Barbados, Bahamas and the Maldives cannot borrow as of right from the World Bank in today’s world in a climate crisis is so preposterous that it tells us that we need to reset and recalibrate urgently if we are to prepare for fighting these battles,” she asserted.