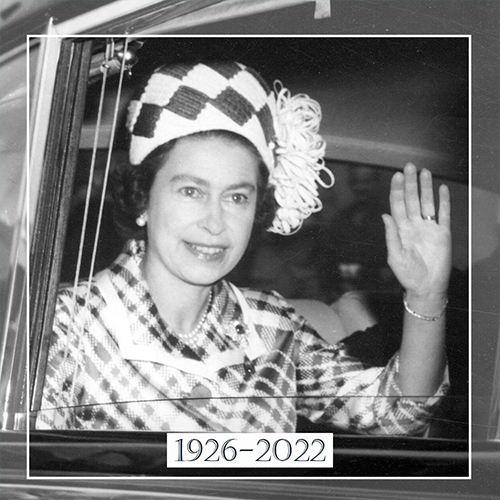 With deep condolences to her family and the people of the United Kingdom of Great Britain and Northern Ireland, and the Commonwealth, we mourn the passing of Her Majesty Queen Elizabeth II.

It was during her reign that many Caribbean countries were granted self-government and independence, and that will, understandably, be a significant part of her legacy for many in the region who choose to remember her with fondness.

While some harbored mixed (or negative) views on the role of the British monarchy in the colonization of the Caribbean region, others saw Queen Elizabeth as “godmother” of many Caribbean institutions.

Over decades and generations, many of our region’s leaders pursued higher education in the United Kingdom and legions of others found paid employment sufficient to raise families and start thriving enterprises.

Countless others migrated to the U.K., establishing new outposts of the Caribbean Diaspora and making an indelible imprint on the daily life and culture of those places.

At Marketplace Excellence, we remember Britain’s longest-reigning monarch as a steady figurehead who reigned during a turbulent and tumultuous period for the kingdom and the Commonwealth of Nations.

Today, our Caribbean connection to the U.K. is long and strong. Our destinations, including former colonies and current territories, continue to attract millions of British visitors year-round with our inimitable and beautiful people, culture and natural resources. We know the queen cherished the warm welcomes she received when visiting the Caribbean, especially those from the legions of smiling, cheering and waving children.

As we reflect on the past, we recognize and honor Queen Elizabeth’s decency, her dedication to numerous charitable endeavors, and her unassailable dignity, and we look forward to renewed historical, cultural and economic ties with the United Kingdom.

We begin a new era blessed to have witnessed and benefited from this exceptional example of a hardworking, dignified global leader who devoted her life to the service of others.

May she rest in eternal peace.