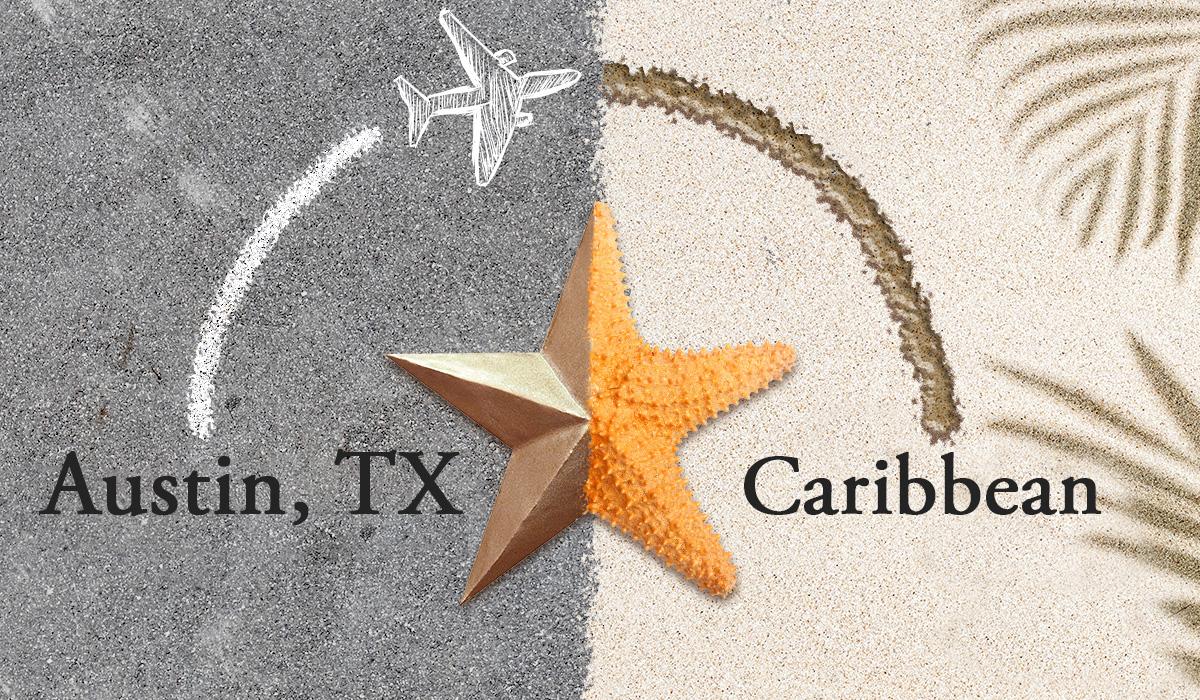 The next stop: Austin, Texas to the Caribbean?

With Caribbean destinations fully open for business now that the peak of COVID-19 is in the rear view, looking to the future, including exploring new markets, is key.

Among the low-hanging fruit is the state of Texas, which tends to buck national economic and resiliency trends and has traditionally delivered strong returns for the Caribbean tourism sector.

While it makes sense for Caribbean destinations to raise the ante in markets such as Houston, predominantly served by United Airlines, and Dallas, the global headquarters of American Airlines, there are also other significant markets in the Lone Star State, such as San Antonio and even communities in nearby Oklahoma.

And how about Austin, Texas?

Based on recent insight shared by Brian Znotins, American’s Vice President of Network & Schedule Planning, the Caribbean could well take a sharper look at this market.

Speaking at the recent Skift Aviation Forum in Dallas, Znotins said network planners follow demand, which is created by Gross Domestic Product and population growth. “Austin’s been a leading city for population growth over the last 20 years and businesses are moving there. And so it was clear that in order to compete in Austin, we needed to add nonstops to Austin, not just to our hubs but across the country,” he commented.

Znotins, who said American is “wild for Austin”, added: “So over the course of the last year to 18 months, we’ve added 35 new nonstops to new nonstop markets from Austin. So now we’re serving about 400 ‘O&D’ (origin and destination) pairs together with our partners from Austin. That’s four times more than our closest competitor in the market.”

Montego Bay, Jamaica; Punta Cana, Dominican Republic; Cancun, Mexico; and Nassau, Bahamas are among the regional destinations that can testify about the impact of nonstop flights from Austin.

Whether or not additional destinations are able to secure Austin service, Caribbean marketers may want to increase their visibility in this key Texas city, which, as American has stated, has ample flight connection options over major hubs, to get visitors going to the Caribbean.