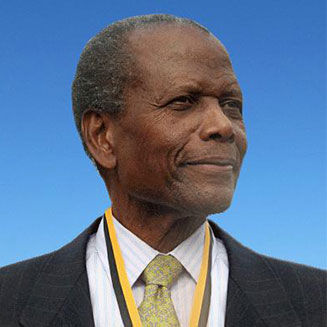 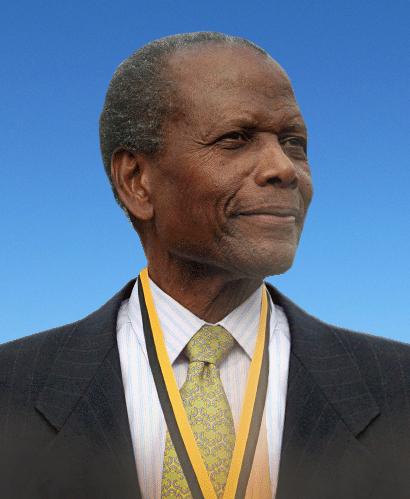 “We admire the man, not just because of his colossal achievements, but also because of who he was: his strength of character; his willingness to stand up and be counted; and the way he plotted and navigated his life’s journey. The boy who moved from the tomato farm of Cat Island to become a waiter in the United States; the young man who not only taught himself to read and write, but who made the expression of words and thoughts and feelings central to his career; the man who expressed his rage against racial injustice through quiet dignity; the humanitarian who used his steely determination not just to better himself, but to better the world that he lived in, filtered through the milk of human kindness. And all of it achieved without sacrificing integrity, charm, elegance or wit.” — Philip E. Davis, Prime Minister, The Bahamas

“Sidney Poitier, through his acting and the roles he played, was part of my education and contributed to my understanding of racial discrimination and prejudice, and the struggle to overcome. He was a distinguished actor, positive role model and symbol of dignity in the struggle for equality and justice. May his soul Rest In Peace.” — Andrew Holness, Prime Minister, Jamaica

“Despite the many odds stacked against him, Poitier defied racial barriers and personal circumstances to become an acclaimed, history-making black actor. He leaves behind a body of work on and off camera which has inspired many generations. May his life remind us that our own struggles are not insurmountable, if only we are willing to do the work. Rest in Peace Sir Sidney Poitier.” — Philip J. Pierre, Prime Minister, St. Lucia

“The son of tomato farmers in the Bahamas, Sidney became the first Black man to win the Academy Award for Best Actor — but the trail he blazed extended leaps and bounds beyond his background or profession. He blazed a path for our Nation to follow, and a legacy that touches every part of our society today.” — Joseph Biden, President, United States of America

“For over 80 years, Sidney and I laughed, cried and made as much mischief as we could. He was truly my brother and partner in trying to make this world a little better. He certainly made mine a whole lot better.” — Harry Belafonte, Caribbean-American singer, songwriter, activist and actor (Black Enterprise)

“It was a privilege to call Sidney Poitier my friend. He was a gentle man and opened doors for all of us that had been closed for years. God bless him and his family.” — Denzel Washington, American actor, director, and producer (BBC)

“I was happy for me, but I was also happy for the ‘folks’. We Black people had done it. We were capable. We forget sometimes, having to persevere against unspeakable odds, that we are capable of infinitely more than the culture is yet willing to credit to our account.” — Bahamian-American Sir Sidney Poitier (on becoming the first Black actor to win an Oscar in 1964, from his memoir.) (Associated Press)